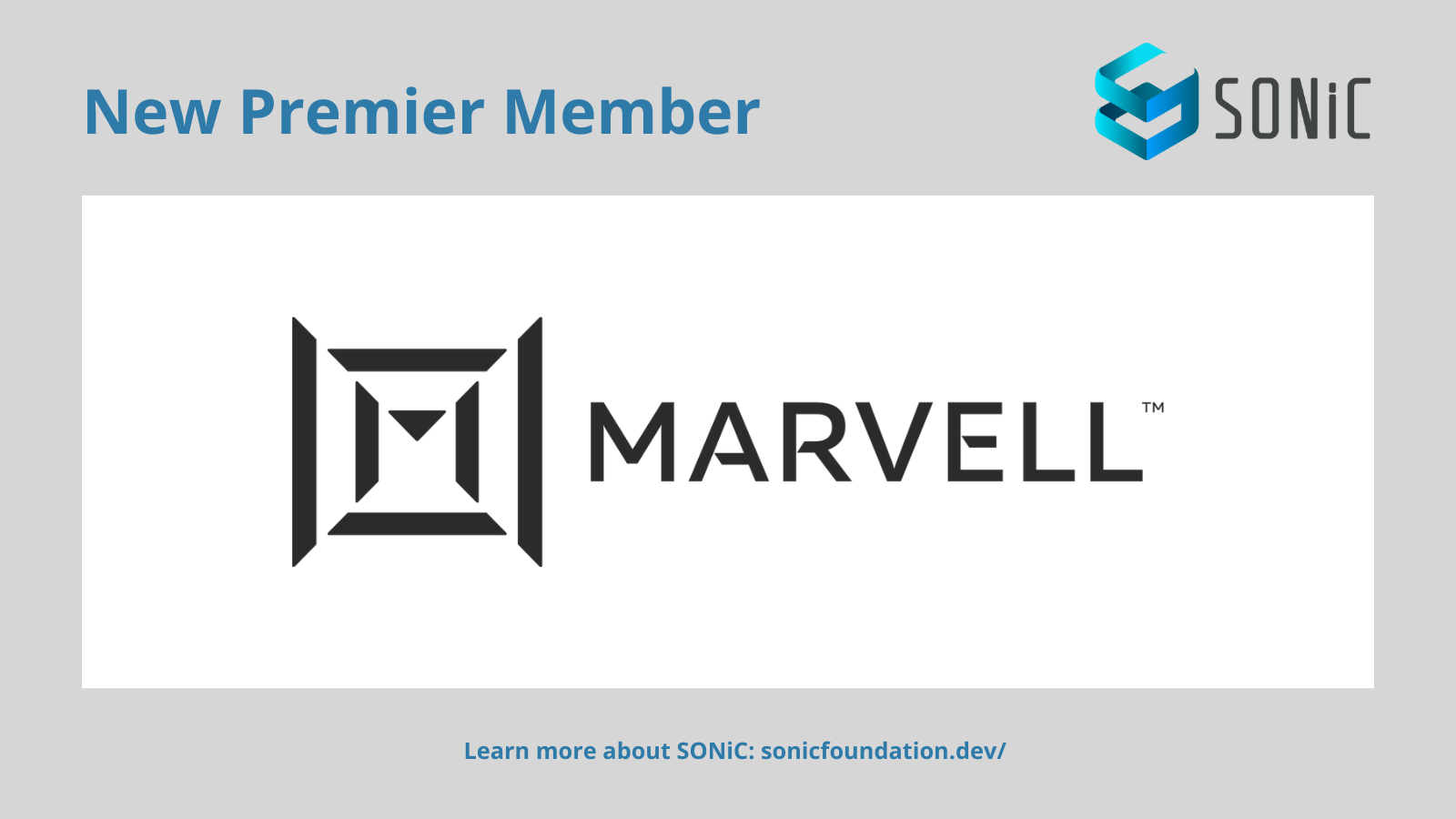 SAN FRANCISCO — November 15, 2022 – Software for Open Networking in the Cloud (SONiC), a Linux Foundation project that is an open-source network operating system (NOS) based on Linux that runs on switches and ASICs from multiple vendors, today announced Marvell has joined the project as a Premier member, including the addition of John DaCosta to the SONiC Governing Board.

Created by Microsoft for its Azure data centers, SONiC is an open-source NOS based on Linux that runs on over 100 different switches from multiple vendors and ASICs. It offers a full suite of network functionality, such as BGP and RDMA, that has been production-hardened in the data centers of some of the largest cloud-service providers. It offers teams the flexibility to create the network solutions they need while leveraging the collective strength of a large ecosystem and community. Marvell is the first Premier member to join the project community since the project moved to the Linux Foundation.

“We are excited to welcome Marvell to the Linux Foundation and the SONiC community, as its team has shown a strong commitment to support the open networking stack,” said Arpit Joshipura, General Manager, Networking, Edge, and IoT, the Linux Foundation. "As a growing leader in enabling open-source data center NOS deployments, SONiC already has a robust community of developers and a strong support model.”

“Marvell is thrilled to join the SONiC project, a vibrant and growing community enabling disaggregated networking solutions,” said John DaCosta, vice president product marketing, Switch Business Unit at Marvell. “SONiC is quickly becoming the NOS of choice for clouds, while also expanding its reach to edge use cases, aligning well with Marvell’s vision of enabling customer choice when it comes to equipment across the entire networking landscape.”

Join the SONiC Community at the Upcoming ONE Summit in Seattle

The SONiC community will host a one-day workshop and hackathon event on November 17, 2022, co-located with ONE Summit in Seattle, November 15-16, 2022. ONE Summit is the industry’s premier open and collaborative event, presented by LF Networking and LF Edge.

ONE Summit attendees may add the SONiC workshop to their main conference registration. More details, including the workshop agenda and call for proposals, will be available soon.