“When I say that innovation is being democratized, I mean that users of products and services-both firms and individual consumers-are increasingly able to innovate for themselves. User-centered innovation processes offer great advantages over the manufacturer-centric innovation development systems that have been the mainstay of commerce for hundreds of years. Users that innovate can develop exactly what they want, rather than relying on manufacturers to act as their (often very imperfect) agents.”  — Eric von Hippel, Democratizing Innovation

What do some of the world’s largest, most regulated, complex, centuries-old industries such as banking, telecommunications, and energy have in common with rapid development, bleeding-edge innovative, creative industries such as the motion pictures industry?

That would be a great answer and correct, but it doesn’t tell the whole story. A complete answer is these industries not only depend on open source, but they’re building open source into the fabric of their R&D and development models. They are all dependent on the speed of innovation that collaborating in open source enables.

As a recent McKinsey & Co. report described, the “biggest differentiator” for top-quartile companies in an industry vertical was “open source adoption,” where they shifted from users to contributors. The report’s data shows that top-quartile company adoption of open source has three times the impact on innovation than companies in other quartiles.

Over the last 20 years, the Linux Foundation has expanded from a single project, the Linux kernel, to hundreds of distinct project communities. The “foundation-as-a-service” model developed by Linux Foundation supports communities collaborating on open source across key horizontal technology domains, such as cloud, security, blockchain, and the web.

However, many of these project communities align across vertical industry groupings, such as automotive, motion pictures, finance, telecommunications, energy, and public health initiatives. They may have started as individual efforts looking for a neutral home at the Linux Foundation. Still, over time these communities found it useful to collaborate as the organizations supporting the projects expanded their collaboration to other areas.

This paper will delve into the major vertical industry initiatives served by the Linux Foundation. We will highlight the most notable open source projects and why we believe these key industry verticals, some over 100 years old, have transformed themselves using open source software. 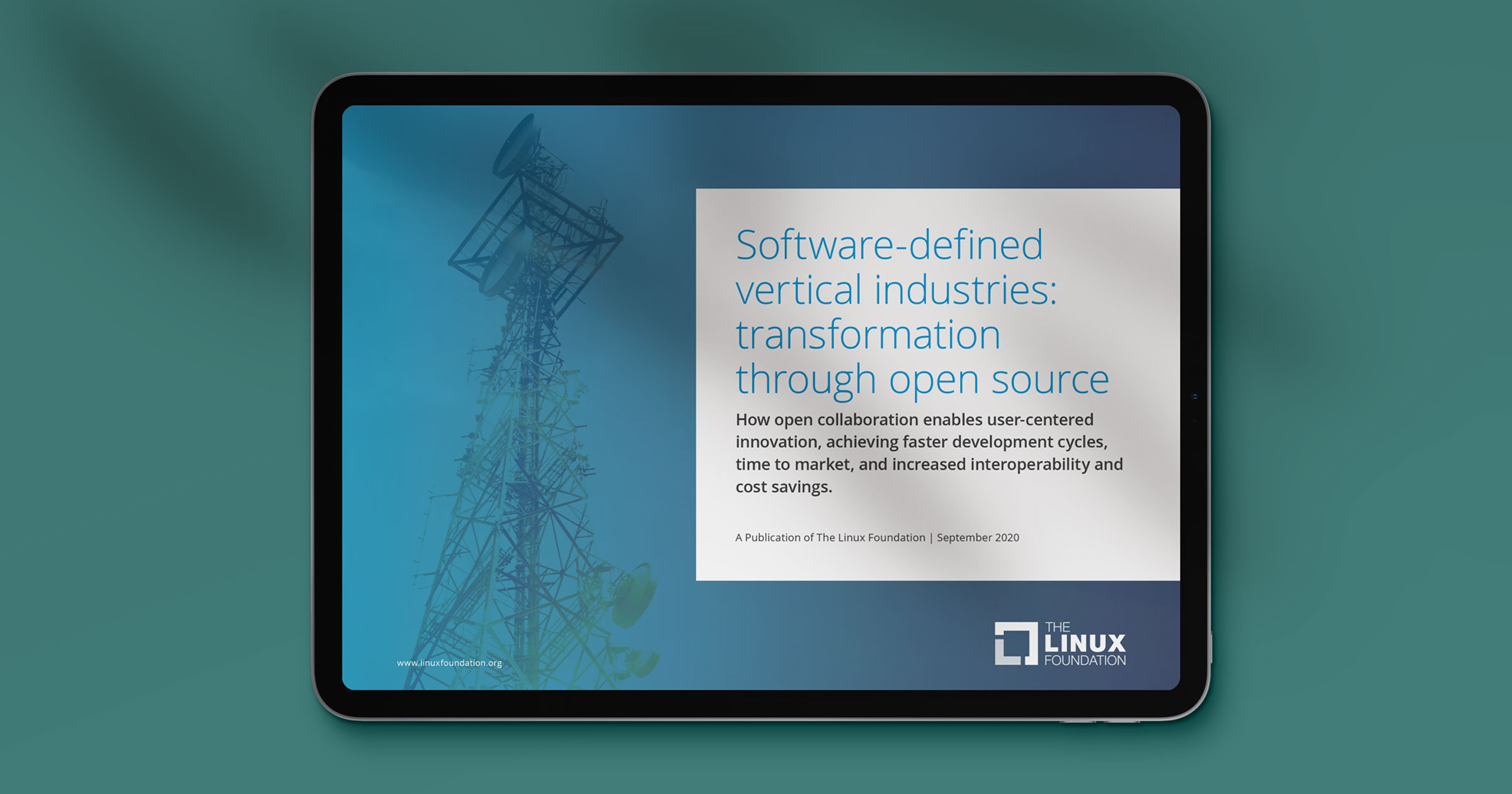